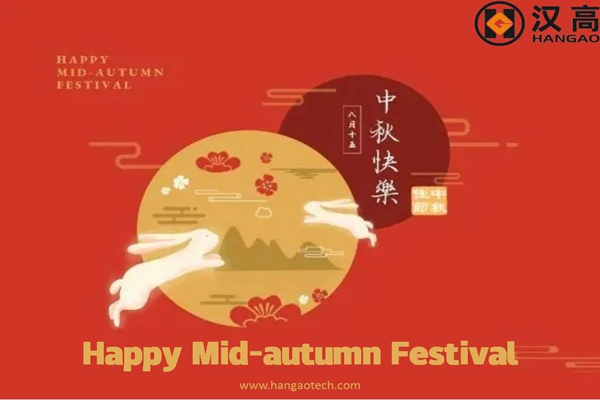 The Mid-Autumn Festival originated in ancient times, popularized in the Han Dynasty, and finalized in the Tang Dynasty. The Mid-Autumn Festival is a synthesis of autumn seasonal customs, and most of the festival and customs elements it contains have ancient origins. As one of the important rituals and customs of folk festivals, worshiping the moon has gradually evolved into activities such as viewing the moon and singing the moon. The Mid-Autumn Festival uses the full moon to signify the reunion of people, as a sustenance to miss the hometown, miss the love of relatives, pray for a good harvest and happiness, and become a colorful and precious cultural heritage.

At first, the festival of "Sacrificial Moon Festival" was on the 24th solar term "Autumn Equinox" in the Ganzhi Calendar, and it was later adjusted to the 15th day of the eighth lunar month in the Xia Calendar. The Mid-Autumn Festival, the Spring Festival, the Qingming Festival and the Dragon Boat Festival are also known as the four traditional festivals in China. Influenced by Chinese culture, the Mid-Autumn Festival is also a traditional festival for some countries in East and Southeast Asia, especially the local Chinese and overseas Chinese. On May 20, 2006, it was included in the first batch of national intangible cultural heritage list by the State Council. Since 2008, the Mid-Autumn Festival has been listed as a national statutory holiday. For the Mid-Autumn Festival in 2022, Hangao Tech (SEKO Machinery) will have a holiday on September 10-11. At that time, if you have any questions about the stainless steel industrial welded pipe production line, you are welcome to leave a message or send an inquiry, or send your questions directly to the mailbox: sales3@hangaotech.com for consultation and understanding.